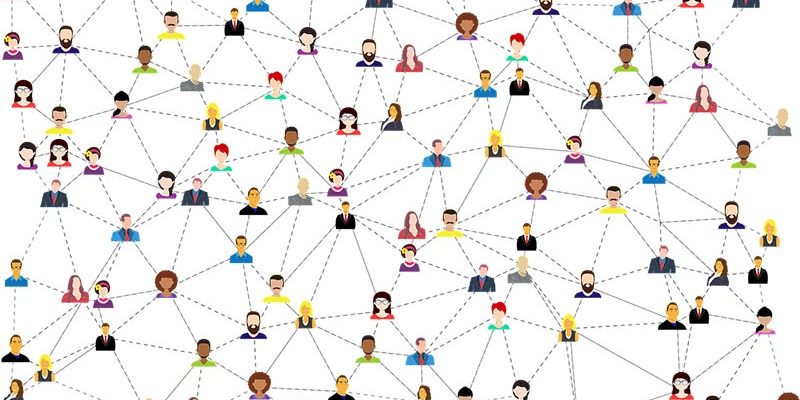 Created in 2008 by several organisations, government representatives and experts, the European Dialogue on Internet Governance (EuroDIG) has gained significant popularity on a European and global scale.  EuroDEG aims to present, as open multi-stakeholder platform, an exchange of views about the Internet and its governance for fostering dialogue and collaboration within the Internet community. Every year an annual Eurodig conference takes place in a different European city. EuroDIG ‘Messages’ are then presented to feed into the Internet Governance Forum (IGF).

From 19 to 21 June 2019, Eurodig took place in The Hague under the motto “Cooperating in the digital age”. It was hosted by the Ministry of Economic Affairs and Climate Policy of the Netherlands in cooperation with ECP – Netherlands Platform for the Information Society, the Municipality of The Hague and SIDN – the .nl domain registry. A pre-event Youth Dialogue on Internet Governance, uniting young people for an inclusive and people centred Internet, preceded the Eurodig forum.

During the opening session, it was stressed that the UN Declaration of human rights has not lost its importance and that cooperation has become a key word nowadays. This year Eurodig  relied on eight hundred registrations, which is proof of its growing worldwide reputation.

Mona Keijzer, State Secretary for Economic Affairs and Climate Policy, emphasizedin her welcoming address, that the sea has taught the Dutch to work together in the fight against water and to maintain world’s oceans as a free space for everyone to travel and trade. The same applies to Internet today, which should be kept open, free and secure. The Dutch culture of liberty and hospitality was graciously all around. We could taste national specialities in the coffee breaks when informal talks were most intensive. Organizers have also used the famous Delft tiles pattern for the cards disseminated among participants with the text “No one owns the Internet, we all do”.

The lightening talk “The Technological Edge in 2030: What role for technology in society?” and the following session on global Internet governance treated the theme of the acceptable models of regulation that would not impair free and seamless net. It was a forward looking discussion, analyzing the roles of stakeholders in a technologically saturated environment. Speakers admitted that today we witness business models of regulation, but these models are a dumping ground. People need Internet oriented regulators serving as platforms for the engagement of governments and other stakeholders. Governments will not be redundant but keep a role in the future as societies need a comprehensive vision to move ahead. However, the biggest threat comes not from governments but from private companies. An alarming prediction is that by 2030 a digital divide among people, companies and administration will be a reality. That is why stakeholders should work hard in order for digital discrepancies to be reduced. In a nutshell, digital future needs to pursue a new perspective related to effective regulation, platform regulation and “cracking on giants”.

The European Commissioner for Digital Economy and Society, Ms. Mariya Gabriel, was the highlight of the first day discussions. Welcomed with great interest her speech did not disappoint Eurodig participants. Gabriel stressed that fourteen years after the first World Summit on Information Society and the Tunis agenda in 2005, we enter “a new phase where a synthesis is possible between historical oppositions, opposition between the multi-stakeholder model and the multilateral approach, between bottom up and top down, and between a purely market-based approach and state intervention. …. a synthesis that’s not only possible but also much needed.” Digital has now become mainstream and has permeated all aspects of societies. Increasingly, the development of Internet is raising fundamental political and ethical issues about human agency, trust, inclusion, fairness, sustainability, as well as possible  mental health problems linked to digital addiction.  This is in addition to the management of the core Internet resources and infrastructure.”

Commissioner Gabriel underlined that “multi-stakeholder and multidisciplinary policy formulation are needed to address the wide range of societal challenges raised by digital technologies.” Europe will continue to work to develop international partnerships covering innovation actions, regulatory alignment, in particular in the field of data protection and Internet governance.

Inspired by this forward looking European vision, “Eurodiggers” continued their work in the sessions and seminars on the second day. Some of the roundtables touched on issues aiming at better protection of human rights in the digital environment through monitoring and assessing this environment. UNESCO presented its views on the implementation of the Internet universality indicators completed by the organization following a global, open, inclusive and multistakeholder process which tapped the world’s wisdom. The result is a research instrument which contains the solid number of 303 indicators (109 identified as core ones). UN experts shared the latest UN high level panel report on digital cooperation espousing interdependence in the new social setting. It is true that we live in a connected world, but it is also true that various activities, charters, codes unfold at any level. Though rising in number and sometimes overlapping these initiatives are valuable resources and we have to count on their potential. The latter can be accomplished by enhancing communication among states, organizations and groups and helping poor countries understand complex problems. The UN report heralds a stage in Internet governance rooted in effective multilateralism and multistake holderism. Further debates are expected to expand this report. International platforms such as SEEDIG serving Eastern European community discussed their future in trying to find support for their activities, which could fit well within the IGF goals of fostering community networks and enhancing multilingualism. Plenary session 7 focused on tackling online harms – calling it a “regulatory minefield”. The prevailing opinion was that regulation should respect transparency and human rights. Jan Kleissen, Director of the Information Society and Action against Crime Directorate at the Council of Europe, spoke in favour of co-regulation, the advantage of which he discerns in the clear legal standards it is based on and the responsibility industry takes.

Eurodig in The Hague was an occasion to present the COMPACT project to stakeholders. The organizing committee of plenary session 7 included COMPACT website and publications among the sources informing the preparation of the session. Several persons from COMPACT consortium were members of the organizing committee of the same session. COMPACT experts raised questions for discussion on some of the objectives related to the exploration of the pre- and standardization procedures when the intersection of standards and policy weredebated. The project report on gender issues in social media in the age of convergence was mentioned as an example of using UNESCO Internet universality indicators for the assessment of activities and frameworks in diverse areas, including social networks diversity policies. During the meeting of the EC High Level Group on Internet Governance held after Eurodig, it was stressed that synergies among projects – small and big including COMPACT – can be very productive and support the multistakeholders milieu of regional and global initiatives on Internet governance. Last but not least, participants received the COMPACT poster and leaflet to get acquainted with its goals.

The next Eurodig will be on 10 – 12 June 2020 in Trieste, Italy. Stakeholders are looking forward to getting involved again in this inspiring process.