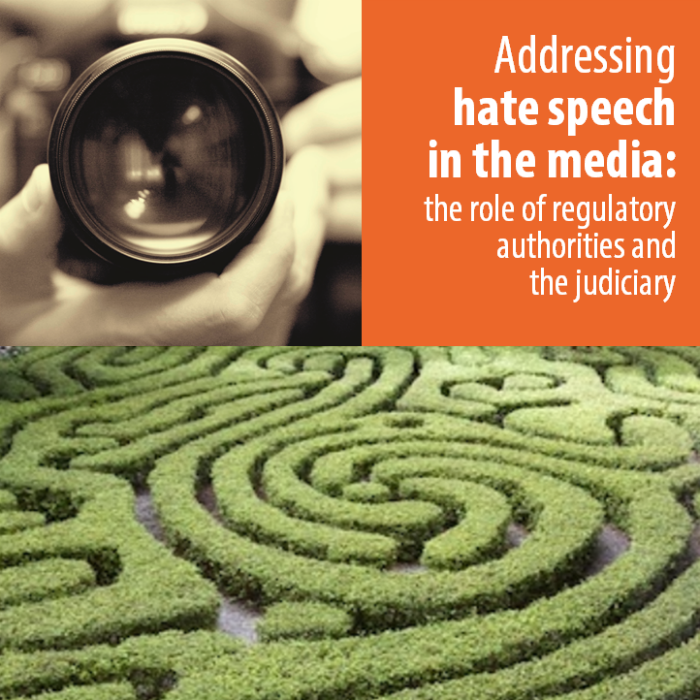 Isolated replies opt for a special law on social media (Ro). However, Swedish answers consider existing laws and self-regulation rules sufficient if they are regularly implemented.  Self-regulation and co-regulation prevail as instruments. Most of the approached regulatory bodies stress self-regulation as a possible solution for social media regulation. Self-regulation can be viewed as a first step towards the regulation of social platforms (IR). Co-regulation is also not excluded. It denotes joint responsibility (ND). Some of the organizations and bodies admit that there is no experience in media co-regulation in their countries but do not deny their role. The national regulatory authorities have to conclude administrative agreements with co-regulatory bodies and/or delegate them some regulatory powers (for instance: monitoring, evaluation, preliminary resolution of disputes and complaints, reminders, etc.). (PL)  The regulators would probably need to move into more co-regulation and cooperation with the stakeholders. From direct monitoring and enforcement, the regulators might need to adopt a more oversight role to assess if the self-regulation set-up system of the platform is working properly. This means, for example setting up a multi-layered system for complaints so that the media regulators are not overburdened and play more of a backstop role if the system is not operating effectively. The size factor is crucial here since even the platforms themselves have to increasingly rely on automated means of overseeing the vast amounts of available content combined with human intervention at the end of the process.

How to apply self- and co-regulation

Self-regulation backed by common codes or guidance at the EU level is seen as a desirable solution. Co-regulation can be applied as well, possibly harmonized at the EU level. Within the framework of co-regulation, there could be synergies between journalistic bodies, university institutions, and independent authorities.

Having in mind the specific nature of social media and the European endeavors a European body will be an acceptable formula to provide basic and uniform protection across the whole EU countries and thereby avoiding the pitfalls of the fragmented national jurisdictions. Under such a regime, national bodies will not be redundant. They will be of particular importance in specific culturally hued situations like elections, for instance, and to preserve national media diversity.

Social media by their specific nature require to be overseen by ac new type of regulatory body. This can be a newly set regulator following the example of the traditional media regulatory authority (RO). Extending the powers of current audio-visual media regulators can be another solution (IR). The role and competencies of the regulators might need to be adjusted to take all existing specificities into account. The AVMSD adoption and transposition will amend the current system of media regulation and raise challenges to the regulators in force.  In my personal view, these challenges pertain more precisely to challenges with respect to the scope, competences, skills, structure, and operation of the regulators. A cost-benefit analysis will be also necessary to provide more data and analysis on whether it would be economically justified to create a new body instead of extending or reforming the current one.

Principles of operation of the regulatory bodies in the convergent environment

The respondents stress the need for greater transparency, a direct dialogue with the platforms, cross border cooperation especially at a European level, civil society involvement, and thorough implementation of the principle of multistakeholderism. In a nutshell, the replies received delineate the difficulties experienced by various organizations and bodies, the dilemmas they face and the possible solutions for the accomplishment of effective social media regulation. Some of the models suggested sound reasonable but there is still a lack of experience to compare with. As rightly formulated by one of the responding organizations the process of regulation of social media will move along “a test and error procedure”. The COMPACT report will analyze in-depth these issues and provide conclusions in 2019.

Dr. Bissera Zankova, Media 21 Foundation  PS This article together with a PowerPoint presentation has been prepared for the international conference “Addressing hate speech in the media: the role of regulatory authorities and the judiciary”, organized by the Council of Europe in partnership with the Croatian Agency for Electronic Media, Zagreb, Croatia, 6 -7 November 2018 to which I have been invited as a panel speaker. The following positive response has been received from the chair of the panel Stanislav Bender, Head of Monitoring Department of the Croatian Agency for Electronic Media which also highly assesses the work within COMPACT. “Dear Ms. Zankova,  I would like to express my sincere thanks to you for your participation in our recent conference in Zagreb on the “hate speech” and at the panel “The role of the national regulatory authorities (NRAs) in a digital environment”. Your skill in presenting European experiences (dealing with hate speech, changes in the new media environment, self-regulation…) was very much appreciated by many colleagues in regulatory and other bodies representing all sides of extremely sensitive topics such as “hate speech”. Although there was not enough time to discuss everything we planned (I have prepared enough questions for you and for other panelists, too 🙂 and the schedule of the conference has been affected by the insertion of one new panel, everything went fine. My colleagues and I are very grateful for the time and effort you took to share your thoughts and experiences from the “Media 21” Foundation and Horizon 2020 EC project COMPACT.   Judging from the comments of those who attended, our panel was very successful. Most of the credit goes to you and the others (Asja, Elfa, Rosa, and Adam) who gave such interesting presentations. Thank you again for your contribution and I wish you every success in your future work and looking forward to seeing you again.  With best wishes, Stanislav Bender”

The complete conference file is now available on the conference webpage at https://www.coe.int/en/web/freedom-expression/zagreb2018. You will find there the Programme, the Speakers profiles, and the List of Participants. Uploaded are the conference Presentations, Report and Conclusions – fill free to distribute them widely. You may learn about further activities following the Information Society Group on its FB page.