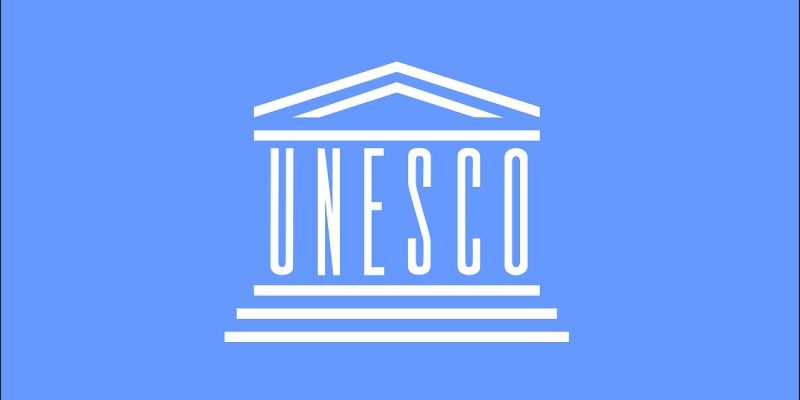 In 2017, UNESCO published its report “Fostering Freedom Online: The Role of Internet Intermediaries”. Its aim was to shed light on how internet intermediaries both foster and restrict freedom of expression across a range of jurisdictions, circumstances, technologies, and business models.

The report focused on UN’s work in the field of human rights, as recognized by the Universal Declaration of Human Rights (1948) – a milestone document in human history. According to UNESCO,  particular actions concerning the right to privacy could have an impact on the right to freedom of expression, and vice versa. As stated in UNESCO’s 37 C/Resolution 52, “privacy is essential as to protect journalistic sources, which enable a society to benefit from investigative journalism, to strengthen good governance and the rule of law, and therefore that such privacy should not be subject to arbitrary or unlawful interference”. At the same time, privacy should not be used as an excuse  to shield violations of individual rights or to block the media from exposing these abuses.

Through the years international human rights law has traditionally focused on state conduct. Nowadays most Internet intermediaries are operated by private-sector companies, which is a reason for the report to concentrate on established human rights standards in the corporate sphere , as well as human rights as laid out by the UN’s ‘protect, respect and remedy’ framework. According to the UN Guiding Principles for Business and Human Rights document (2011), states have the primary duty to protect human rights, while businesses have a responsibility to respect human rights, and both must play a role in providing remedy to those whose rights have been violated. The Guiding Principles outline three concrete steps that companies should follow on the matter: 1. Create  ‘policy commitment to meet their responsibility to respect human rights’; 2. Develop a ‘human rights due diligence process to identify, prevent, mitigate and account for how they address their impacts on human rights’;3. Initiate ‘processes to enable the remediation of any adverse human rights impacts they cause or to which they contribute’. These principles apply universally to all companies and not just to Internet intermediaries.

Most of the definitions of  the term “intermediary” explicitly exclude content producers, as does the UNESCO report, as well. In compliance with this view, publishers and other media that create and disseminate original content are not considered intermediaries. At the same time, many entities offer hybrid services and therefore, shall to some extend, also be considered intermediaries. This is particularly the case with traditional media organizations that further provide social networking or facilitate the sharing of user generated content. It is therefore important to understand to what extent social media services, for instance, work primarily as intermediaries and do they function as medias instead. The Council of Europe has adopted a broad definition of media using six criteria to be assessed upon the introduction of new media actors (2011). Some stakeholders, however, have raised concerns that the efforts of states to define intermediaries as ‘media’ have resulted in stronger restrictions of the freedom of expression.

The three primary ways in which freedom of expression can be restricted via ISPs, search engines and social media, can take place at:

These actions are carried out by the company itself or by government authorities who have been granted direct technical access to the platform’s core functions. Privacy can be adversely affected on all intermediaries’ levels in several ways:

In lights of the increasingly complex global landscape, a number of efforts have emerged at corporate and public level in order to promote respect through the Internet intermediaries on users’ privacy and their freedom of expression. Some intermediaries have begun to make public commitments to respect users’ rights and a growing number of Internet and telecommunication companies are also publishing regular ‘transparency reports’. The latter help users and the public as a whole understand what kinds of restrictions are being undertaken, and on whose behalf are  such carried out. Facebook, Google, Twitter and Vodafone have already published transparency reports.

The UNESCO report provides evidence that the operations of Internet intermediaries are heavily influenced by governmental legal and environmental policies. Three case-studies are included in the text as an illustration of how an Internet user’s freedom of expression hinges on the interplay between a company’s policies and practices, the government policy, and geopolitics. The first case-study pertains to ISPs and encompasses the practices of Vodafone (UK, Germany, Egypt), Vivo/Telefônica Brasil (Brazil), Bharti Airtel (India, Kenya), Safaricom (Kenya). One of the main final observations reveals that governments and companies offer even less transparency considering the restrictions of expression made by and through ISPs than they do on the matter of the policies and practices related to privacy and surveillance.

The second case study covers search engines and deals with the policies of Google (USA, EU, India, China, Russia), Baidu (China), Yandex (Russia). Authors come to the conclusion that due to the  substantial differences in the technical and legal characteristics of the filtering process in Russia and China, the engines Yandex and Baidu have very different restriction practices, and Google has taken different approaches on the two markets (remaining in Russia as of August 2014 but leaving the Chinese market in 2010). The stricter the liability regime in a given jurisdiction, the more likely it is that the content will be removed either proactively by the company itself, or upon request that has not been appealed.

The third case study focuses on social networking platforms, analyzing the activities of Facebook (USA, Germany, India, Brazil, Egypt), Twitter (USA, Kenya) Weibo (China), iWiW.hu (Hungary). Findings draw attention to the fact that global companies like Twitter and Facebook are much less transparent and accountable on how they enforce their terms of service than they are on how they handle government requests.

One of the recommendations for the improvement of regulatory regimes is that companies need to work more closely with users, human rights advocates of all kinds (including those advocating for gender rights, as well as freedom of expression rights) and governments. Policy, legal, and regulatory efforts with regards to the goals affecting intermediaries must be consistent with the universal human rights norms if states are to protect online freedom of expression and if companies are to respect it to the maximum degree possible.

Compiled by Media 21 Foundation (2019) from Fostering Freedom Online: The Role of Internet Intermediaries