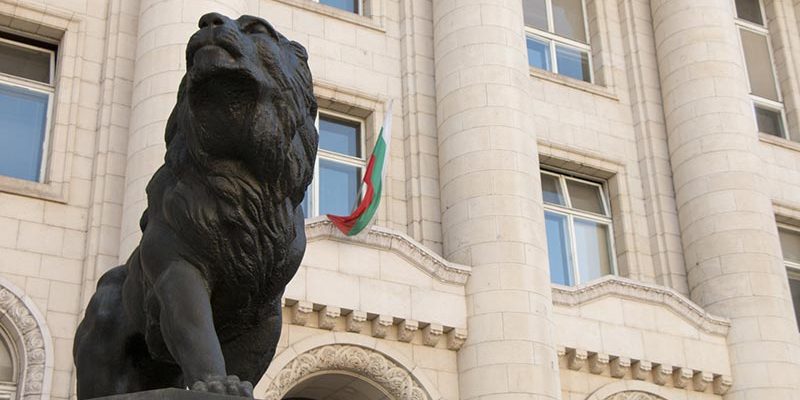 Nowadays, the topic of debates is no longer whether or not society should digitize – we have already immersed in the digital reality. Companies know they must digitize in order to compete, organizations realize that Internet is the foundation of modern culture and education, and the public sector adjusts its policy to respond to the changing needs.

Internet was built on the idea of openness and transparency, and we witnessed devices and people going online at an unprecedented scale throughout the last years. As the number of attack targets increase and the stakes grow, the exposure to and involvement in such threats increase and their complexity level grows rapidly.

A 2017 Cisco report stresses that “for most companies, one of the first things standing in the way of their digitization journey is the question of security”. The figures provided further prove this trend – 71 % of the executives are concerned that cybersecurity shall hinder innovation in their organizations, nearly 40 % have halted mission-critical initiatives due to cybersecurity issues and 69 % are reluctant to innovate in areas such as digital products and services because of the perceived cybersecurity risks. Companies that differentiate their business through secure technology gain competitive advantage and build a foundation for continued innovation.

It is of no surprise that “the security issue” is a central topic of discussion in many local and international events, during which the diverse impact of the new technologies on companies, organizations and the media is examined. The Third National Conference on Media Security, held in Sofia (Bulgaria) in May 2019,conformed with this already established framework. The aim of the event was to quote both broader, as well as more specific problems, while considering the role of media as the so-called “fourth power” in our modern society. The Conference further examined the historical reasons behind the present disintegration in the mentality of the young Bulgarians and the new business challenges arising from fast-expanding technologies, including the risks of cyberattacks.

The conference participants debated on a variety of interrelated topics and reached to the unilateral conclusion that the security factor should be taken into account when it comes to discussing online issues of any nature. The solutions proposed – ranging from abstract to more specific – were dominated by a critical and pessimistic stance. According to Raycheva, digitization could be perceived as the new media demon of Frankenstein. In the same vein was the opinion that the blending of IT and Ad technologies has resulted in a loss of individuality and lack of creativity in the journalistic profession, instead turning it into “robojournalism”. Commercialization prevails and we live in a digital chaos, Todorov concluded.

On the other hand, stands the problem with the lack of legislation on the matter of cyber security – looking at the Bulgarian laws, it can be stated that they are not capable of  efficiently protecting children on the internet, and the Bulgarian legislation is rather weak compared to the laws in the US and Turkey. (Iliev). Analyzing the internet usage among adolescents, it can be concluded that they are mostly active on  internet games, Facebook and the Snapchat. Since the beginning of 2019, eighteen pedophiles have been convicted, but the number of effective sentences is low – instead, the majority of the judgements are suspended. Legal difficulties exist with respect to imposing penalties on the owners of the websites that spread fake news, as there are no incriminating legal norms in force on the matter. The General Directorate for Combating Organized Crime has knowledge on the identity of the violators of the law, but the recently transposed GDRP and its related legal impediments pose difficulties in terms of the implementation of legal measures.

When examining “Internet” as the new business environment and analyzing the possible business models to be pursued, Angova and Valchanov came to the conclusion that there is a strong link between the development of communication technologies and the innovative business initiatives of media organizations. This new environment, marked by information and communication technologies, strengthens the understanding of “paid online content” and replaces the traditional understanding of free circulation of products online.

Focusing particularly on the types of cyberattacks, their initiators, goals and threats to inflict specific harms on people and company operations, Tzenkova referred to an analysis of the World Economic Forum, dated November 2018, which reviewed more than 120 000 entities in 140 countries and defined cyberattacks as the biggest risk for European business development. The “New York Times” reports that the personal data of over of 500 million guests of the “Marriott” hotel chain had been stolen by 2018 year-end. The data breach was classified as “part of a Chinese intelligence-gathering effort that also hacked health insurers and the security clearance files of millions more Americans.” The potential business losses are enormous, thus provoking the need for companies to adopt special cyber security strategies, which shall involve technical and organizational measures, as well as the evolution of a cyber security culture. Tzenkova underlines that entrepreneurs should well acknowledge the fact that they might become potential targets of a cyberattack at any moment and they should adjust their management and train their staff in order to ensure cyber security.

Getting back to the notorious “Analytica” data scandal, Vangelov shared thoughts on the Facebook risks and its omnipresence in our lives. By March 2019, the network has 2.38 billion active users per month – users who allow it (i.e. Facebook) access to important personal information at its disposal. Vangelov cites Giovanni Buttarelli, a European Data Protection Supervisor, who supervises an independent European Union authority that provides consultancy on privacy-related laws and policies, In his work, Buttarelli warns that “every single action, every single relationship is carefully monitored,” and “people are being treated like laboratory animals” on Facebook. Vangelov proposes two lines of action against data breach – one through system regulators and another through the users’ self-regulation. Users can sue Facebook or take precautionary measures including deactivation or deletion of their accounts, while system regulators can supervise the activities of Facebook by adopting agreements (at a governmental level) or through the work of the judiciary. The GDPR can also be used as a tool against online data theft and abuse.

The forum was an occasion for Bissera Zankova and Anelia Dimova to present the main characteristics, goals and findings of the COMPACT project, registered under the title “Social media and convergence, social media and regulation” on behalf of “Media 21” Foundation. Their presentation focused on the unique holistic approach applied within the project, enabling it to explore social media and convergence from different perspectives and to raise awareness about the multifarious effects of this complex process. The conferences organized by COMPACT and the symposium, to be held in Sofia in November 2019, merit particular attention. Topics like the everyday online threats and the security of adolescents against internet violence are at the core of the upcoming meeting in Sofia.

The media security conference raised more questions than answers. Discussions on such hot topics, however, should expand.